I adore roast peppers. I think the flavour goes wonderfully with most things – chicken, fish, shellfish and lamb all go wonderfully with this particular recipe. You could even use it as part of a Tapas or summer barbeque type meal. This recipe is based on something I cooked at school from a Delia Smith book. However, as said book is actually one of my mother’s I made it from memory so it’s not an exact replica. However my boyfriend, who is every so slightly wary of large amounts of vegetables on his plate, really enjoyed it.

To stuff your own peppers you will need:

Cherry or baby plum tomatoes – approx 2 per pepper half

Preheat your oven to 200°C. Slice your peppers in half, scoop out the white bits with the seeds but leave in the stalk if possible (use a sharp knife to cut out the seeded core bit). Slice your tomatoes in half and thinly slice your garlic. On a roasting tray arrange your peppers with the tomatoes and garlic inside. Drizzle over the olive oil and balsamic vinegar and top with salt, pepper and the fresh basil. Roast for 10 – 15 minutes, until the pepper skin has slightly charred. 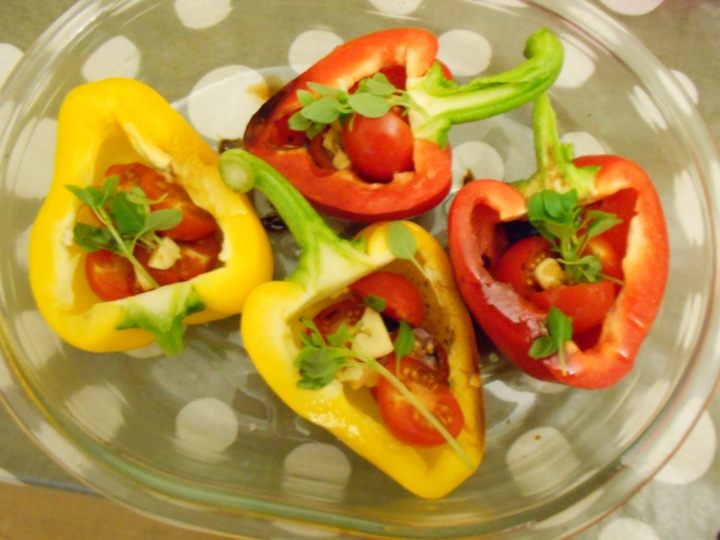 A simple, yet effective way of increasing your vegetable intake (even though peppers and tomatoes are technically both fruit!) 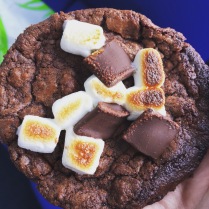 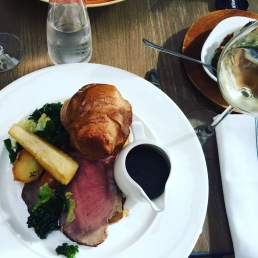 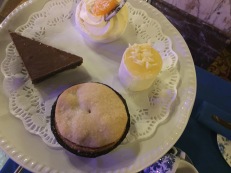 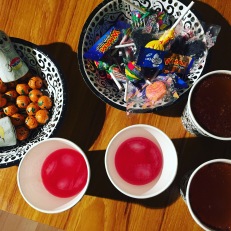 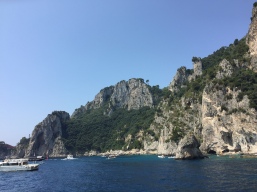 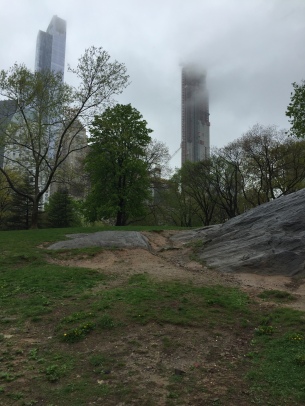 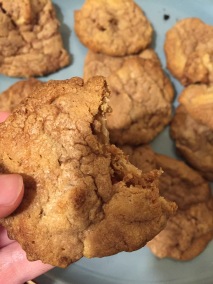